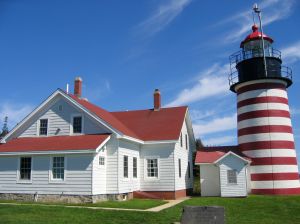 I was thinking as I posted my old high school reading list for English class that I should start a few lists of my own.  Here’s my first attempt at a book list for one of my favorite subjects – New England!  I’ll add more titles as I think of them.

2 thoughts on “My Favorite Books About New England”