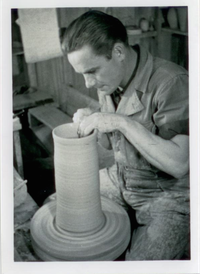 I suppose that everyone has a few “a ha!” moments in the research of their family history.  One such surprise occurred when my father related that German POWs had worked on his U.S. Army base as he trained on B-17s during World War II.  While I’ve related this story in my book, it still shocks me that I never knew about German POWs on U.S. soil during the war before my father mentioned it.  As a result of his comment, I researched quite a bit on the subject, mostly searching the web and reading books from the library.  Accumulating the facts, I conveyed that information in Hatched in Newtown as a backdrop for my father’s World War II experiences.

A few days ago, I stumbled upon a great podcast from Radiolab on NPR.  Titled Nazi Summer Camp, the broadcast related oral histories from Americans who encountered German POWs on the homefront, much like my father had described the same to me.  The radio medium brought these vivid memories to life.  The emotional power of a real human’s voice could never have been adequately captured through the written word.  I never thought to research any kind of oral history archives for my book, but I certainly won’t make this mistake again!